Guide To Paper Folding For Print

Folding paper can be a powerful way to engage readers, just a couple of well-placed folds can add a great deal of dimensionality and surprise! There are thousands of ways to fold a piece of paper, so we’ve put together this guide to the different types of folding to give you a better idea of what’s possible.

Folding isn’t that intimidating once you start to break it down. The simplest way to approach it is to separate folds into two main categories: parallel and combination folds. Parallel folds are a set of folds that run parallel to each-other down the sheet vertically. Combination folds combine two sets of parallel folds at right angles which provides many more options.

Once you understand the basic folds you can have a bit of fun modifying them with short or asymmetric folds, the creative opportunities are endless – read on for some examples.

Below are a few common parallel folds; note how all folds are parallel to each other. These folds can be used to create a finished product – and many can even be added to a book to create special fold-out sections.

Folding a page once down the centre creates a document with four pages i.e. an A4 sheet folded once becomes an A5 brochure with four printed pages. 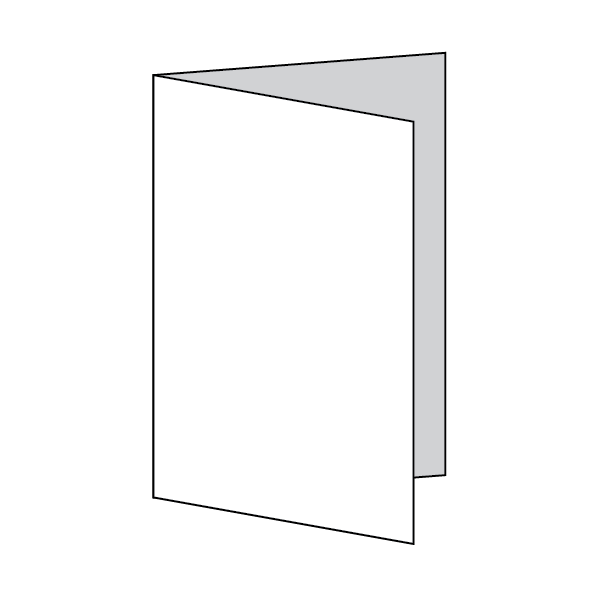 To fold vertically through the centre, and then again down the center creates a double parallel fold. 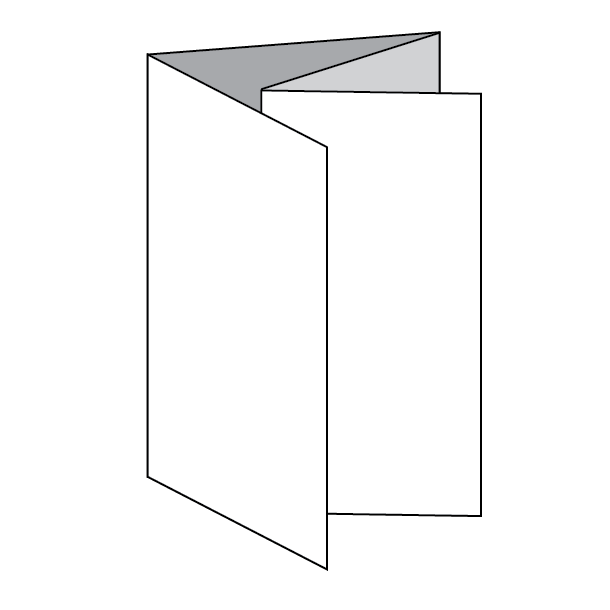 A Z fold is created by folding two edge panels in opposite directions. 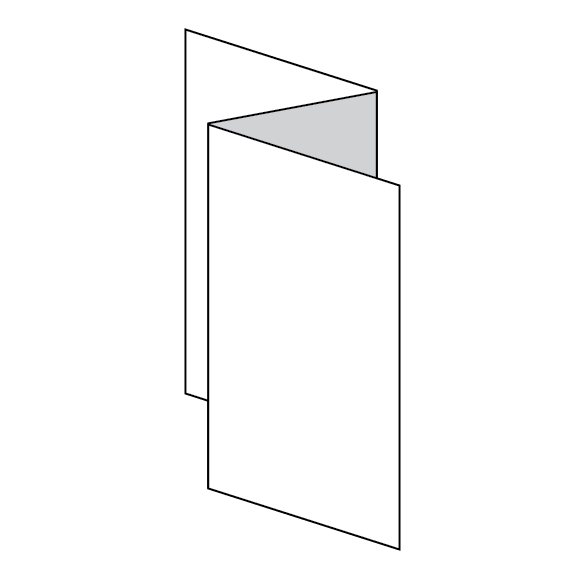 The Trifold or Letterfold is the most common method for fitting A4 pages into a DL envelope. The two outside panels are both folded inwards. 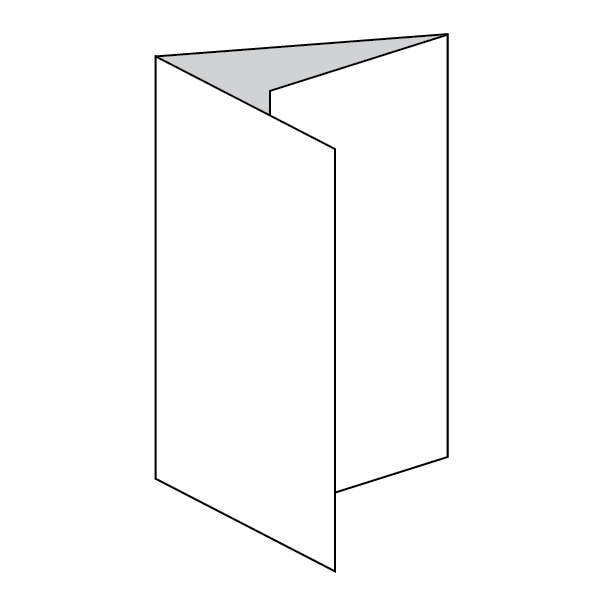 A roll fold is where each panel is folded or “rolled” in the same direction as if “rolling” around the inner panel. 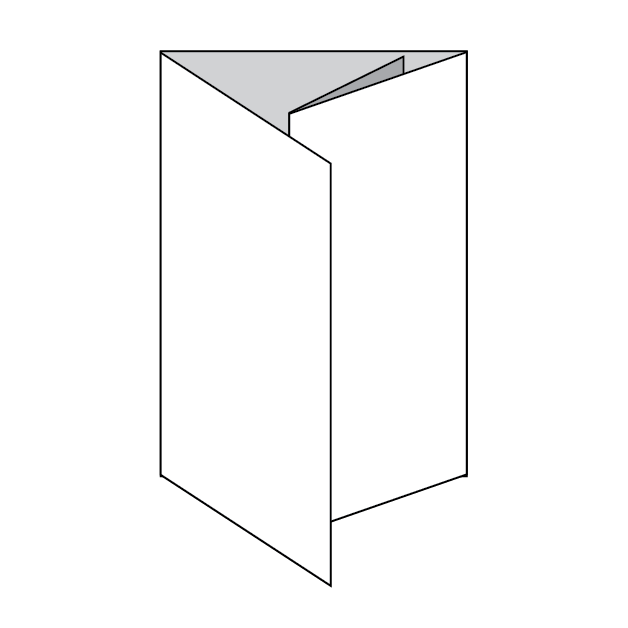 The “gate fold” by name presents like an opening gate. The outer panels are folded into the centre. 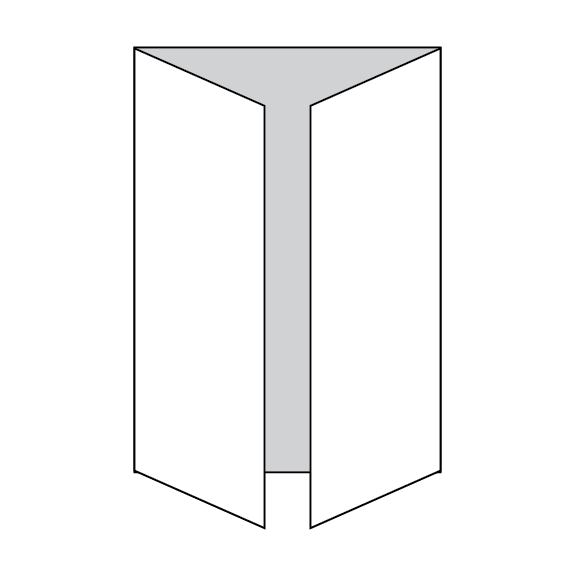 The double gate is a standard gatefold with an additional fold down the centre line. 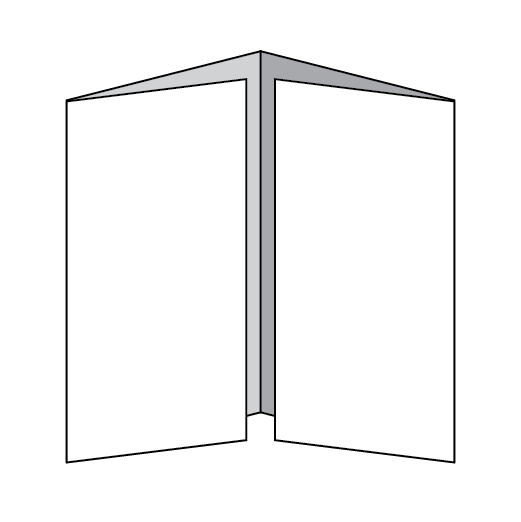 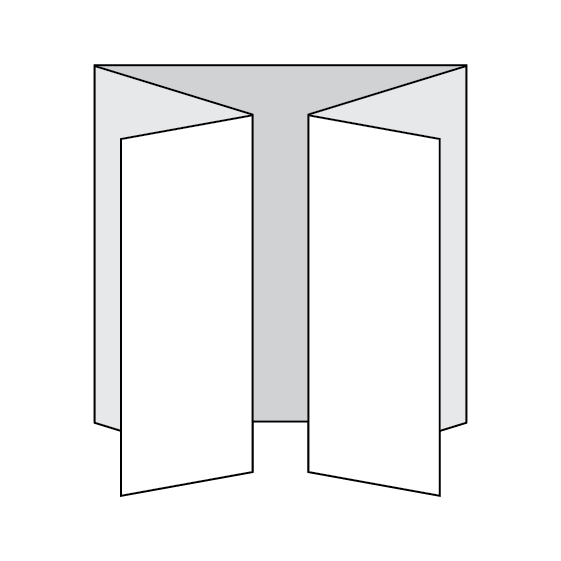 A concertina or accordion fold is created by folding a sheet of paper in alternate directions. 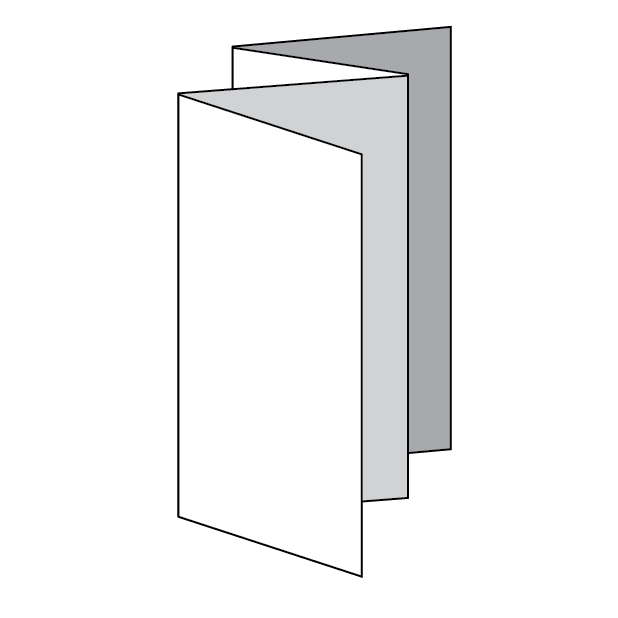 Combination folds combine two parallel folds at right angles which opens many folding possibilities. The simplest is the French or right-angle fold which is a sheet simply folded in half in both directions.

A sheet of paper folded in half twice at right angles. 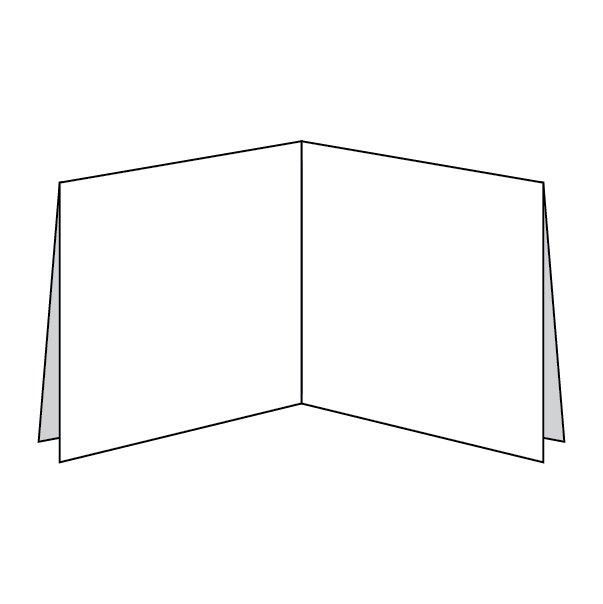 A sheet folded in half with an additional Z fold. 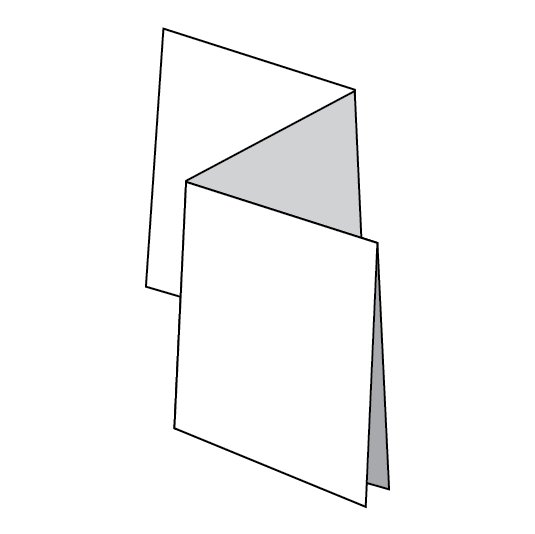 A sheet folded in half with an additional trifold. 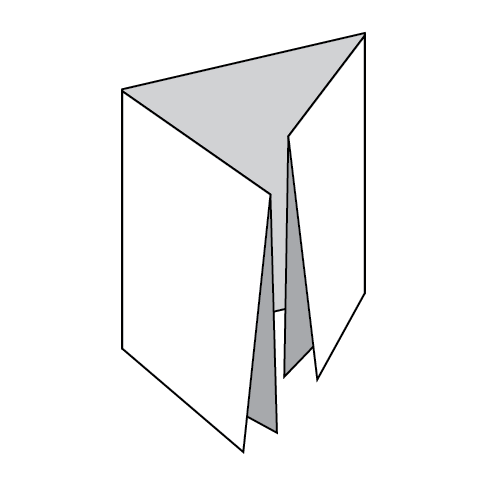 A sheet folded in half with an additional double parallel fold. 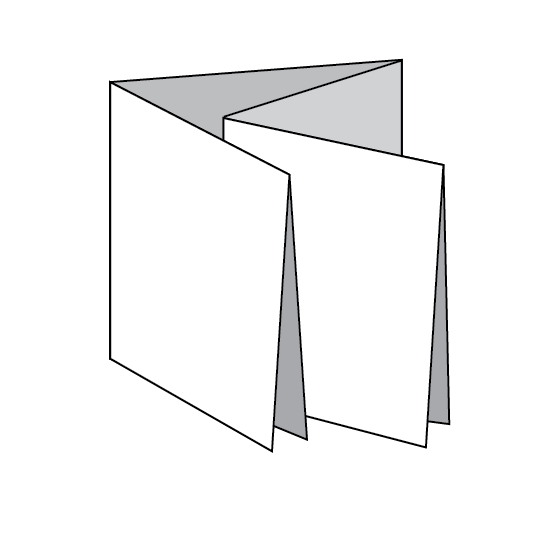 Now onto some fun variations. Folds do not have to be symmetrical – folding panels off-centre or as shorter panels can open many creative opportunities and a great way to increase a reader’s engagement.

A single sheet can be folded with a short panel on one side. A fold like this can add an extra fold out panel to a document, page or book cover. This is very effective when displaying artwork across the fold. 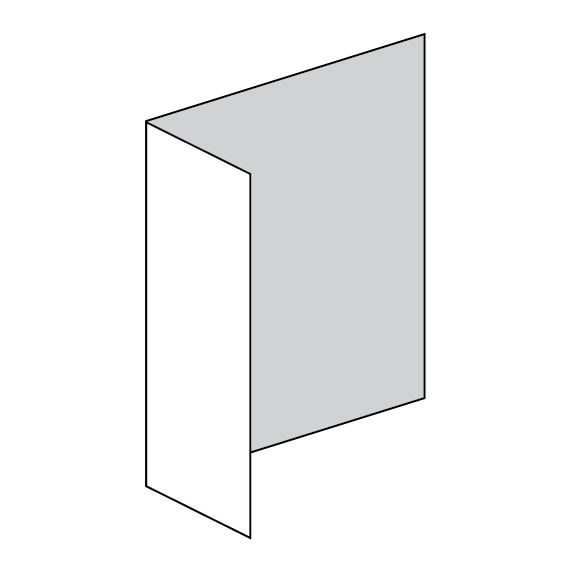 Asymmetry works with many folds including the gatefold. Moving the break between the panels to one side can create quite an engaging piece. 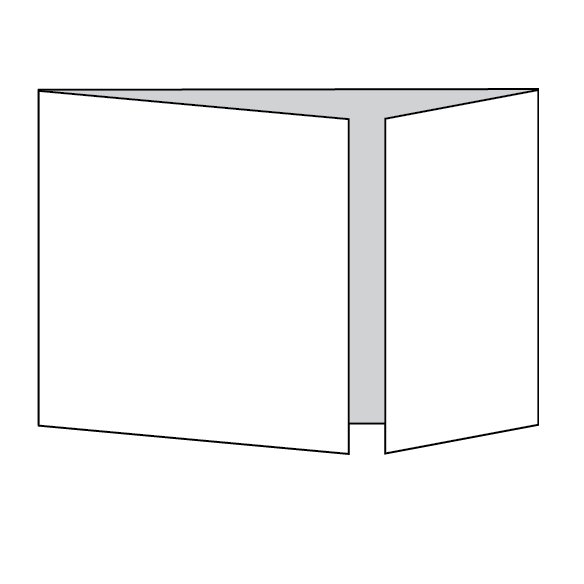 A variation of the trifold is to shorten one of the panels. This short panel can be folded to the inside or outside of the brochure. 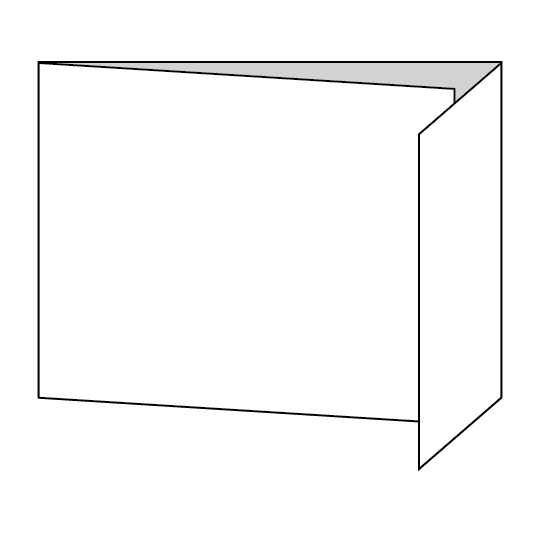 An accordion fold can be “stepped” by narrowing each panel in order, this provides a sneak peek at the panels behind when closed. 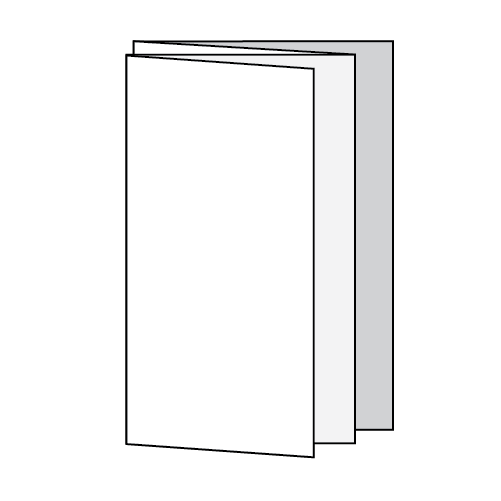 Short folds are folds that are not folded all the way to the other edge, most of the common folds above can have shortened panels to any length. These folds can be on the inside or the outside, top or bottom – the creative opportunities are endless.

A half fold with another a short fold on the inside which opens top down. 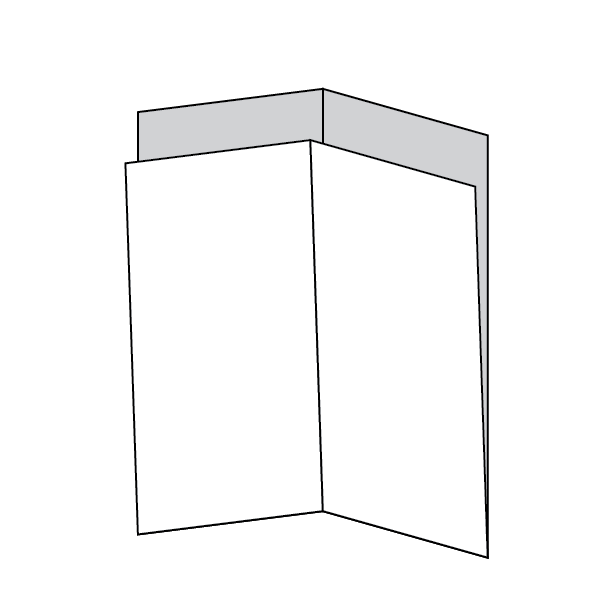 A Z fold with another a short fold on the outside which opens from the bottom up. 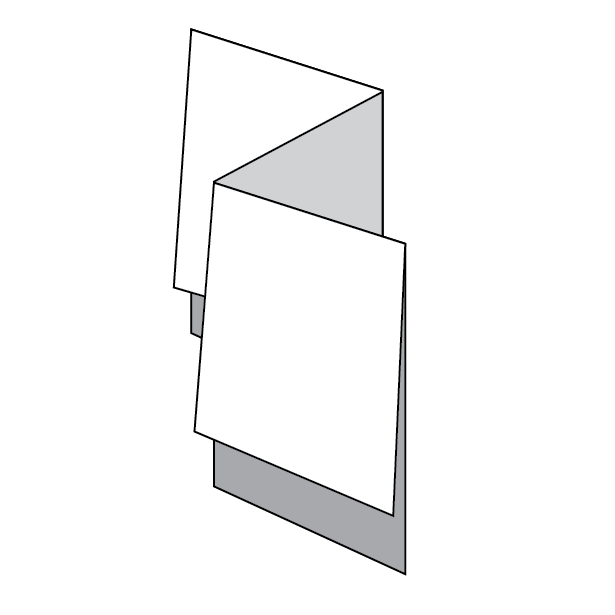 A Trifold with another short fold on the outside which opens from the bottom up. 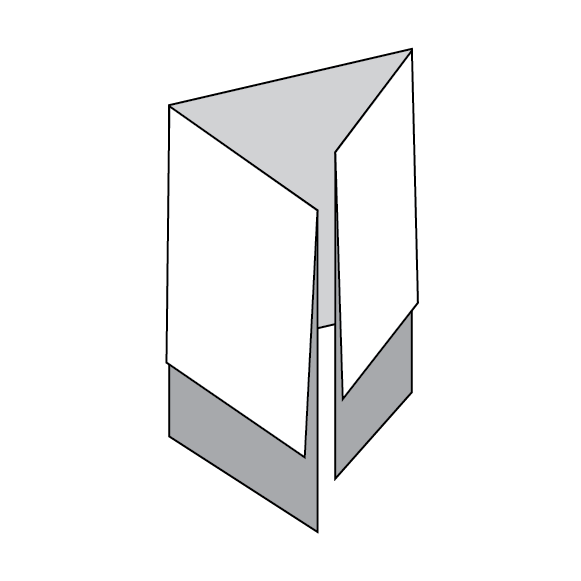 Time To Get Folding

That’s the run-down on folding methods. We hope your knowledge of folding has in-“creased”!
If you have questions or need some guidance, just get in touch and we’ll help you iron out the creases for your next project.

A Guide To The Types Of Book Binding

Here at Bambra, we love books and we’re pretty good at making them! Our Melbourne […]

With the busy holiday season quickly approaching, our wide-format and signage department can help you […]

A cover-to-cover binding reference for designers, students and brands You’ve gathered a winning collection of […]

With the current times we find ourselves in, maintaining a high standard of hygiene within […]